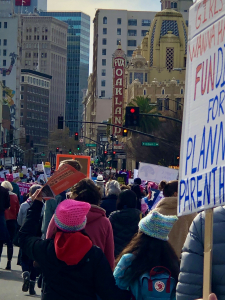 365 days ago, I celebrated my 63rd birthday in California with close friends. We marched in the 2020 Oakland women’s march, shouting with and talking to many total strangers, and admiring everyone’s signs. 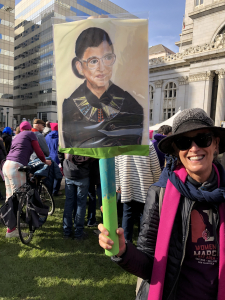 We dined out at a brewpub for lunch and an Italian restaurant for dinner. There was a stop for oysters somewhere in there too. In case we might still be hungry, my friends had hidden a selection of fancy birthday desserts in the back of the fridge. 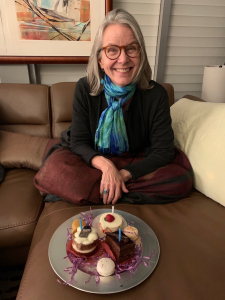 Though I had just returned from a long trip to Mexico, I thought nothing of hopping a flight from Seattle to Oakland for that weekend. My husband had been sick with a strange and  terrible flu through the last several days of the trip. There were a few days he couldn’t get out of bed. Not like him, at all. There were other days he couldn’t stop coughing. He was finally on the mend, but we had both been shocked by how hard this illness hit him.

I know what you’re thinking. And… we’ll never know, though he recently donated blood and the Covid-19 antibody test came back negative.

But back to my 2020 birthday weekend. I’d really like to dwell on it some more. There was a long afternoon at the SF MoMA. There was another afternoon of walking all over the UC Berkeley Campus. There was talk, so much talk: my friends and I worried together about whether Trump could be defeated, and if so, which candidate had the best chance. Harris? Warren? Buttigieg? I don’t think Biden’s name was anywhere near the top of our list.

We did not ponder whether Trump might be defeated by, say, a pandemic.

We did not know that just three days earlier, a Seattle-area man had returned home from Wuhan, China with a very bad flu.

What an innocent time it was. Marching and dancing down the sunny streets. Crowding into the brewpub with other marchers. I felt so happy to be with my friends.

And I took all of it for granted. Of course.

As we do, here in the United States of America. Or did.

I don’t need to catalog how everything changed in 2020. It’s now January 18, 2021, my 64th birthday, and this day in no way resembles last year’s California dream. Like so many families, mine has been slapped down yet again by grief: last week, my beloved cousin Andy died of Covid-19. He was 78. His life had been shaped by an earlier pandemic—polio—and ended mercilessly by this one.

But: On this birthday, I’ll be with my (long ago fully recovered) husband and our son (also recovered, after sweating through Covid-19 in March). I’ll talk to our daughter, who has resumed her studies in Missoula. 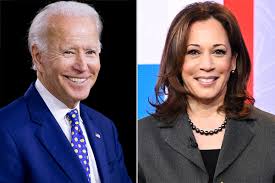 And in two days I’m going to get the best birthday present I could have imagined: a new president. And along with Joe Biden will come a new vice president, Oakland’s own Kamala Harris, who will be presiding over a 50-50 Senate. Another gift. And with Biden and Harris will come a whole battalion of grownups, by which I mean people who were appointed to their jobs because of expertise, experience and a desire to improve American lives, as opposed to lining their own pockets. I know I’m an incorrigible optimist, but this all sounds pretty promising.

I wish our outgoing president had not whipped his scariest, most deranged minions into such a frenzy that Biden and Harris will have to be sworn in surrounded by 20,000-plus National Guard troops. And I wish the pandemic was not raging. 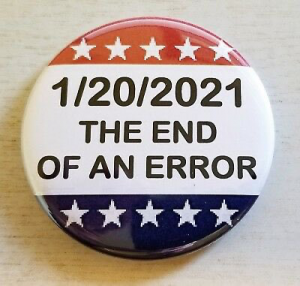 But we all know this: as of noon Eastern time on January 20, Donald Trump will no longer be in charge. And won’t that be a wonder. As Senator-elect Rev. Raphael Warnock said on this Martin Luther King Jr. Day, “With the upcoming historic presidential inauguration of Joe Biden and Kamala Harris, I hope that you will take a moment to reflect on the hard work that brought us to this moment. And I hope that you will remember that we all stand on the shoulders of giants like Martin Luther King Jr., who stood steadfast in his relentless pursuit of justice.”