A Kind of September 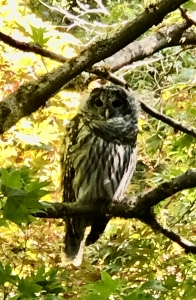 On the first day of September, 2020, I turned my head at just the right moment and saw an owl, still as a portrait, on a branch over a teardrop of a pond in the Arboretum. It was noon. The owl was enjoying the shade, and did not care to move, even after a whispering clutch of onlookers gathered to snap photos on their phones. We were mesmerized by the owl’s patient gaze; by its obliviousness to our restless human need to marvel at its composure.

It seemed a good omen of a kind of September: when we could try to remember, as in the old song, when life was slow and oh, so mellow. But no: if the owl was an omen, that was not its message. Seems to me a screaming blue-jay would have been a better harbinger of the fires, floods, pestilence, grief, corruption and mud-slinging that lay in store for us, way back on September 1.

On the other hand: maybe the owl in the Arboretum was the right omen for the job. Maybe the owl’s message was: Don’t flail. Find your branch, and stay still like me. We’ll ride this month out, together. 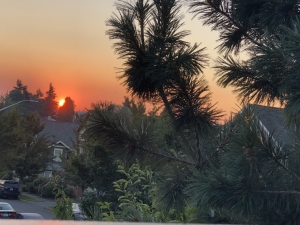 In September 2020, my job turned out to be an owl’s job after all: stay still. Shut out the smoke; take shelter from the rain. Grieve the loss of Ruth Bader Ginsburg. 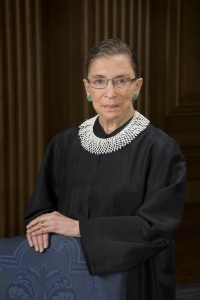 Get work done, write postcards to voters, and when the freshened sun comes out again, venture out carefully.

But then my husband and I blew the “carefully” part: we filmed an interview for a nonprofit client with someone who, we learned the next day, tested positive for COVID-19, as did two other staff members and 13 of the nonprofit’s regular visitors. Even though we were outdoors and masked, our interviewee was not masked. For a week, we stayed away from people and counted the days until we could get tested and then the 24 hours until we got the results. Negative. Thank you, God.

A day later, we breathed our relief on a hike to Mirror Lake in the central Cascades. It’s an easy ramble, with just enough of an uphill climb to pay off in views of two other glassy lakes along the way. The mountain air was so clean it glittered. The sky was what Crayola used to call royal blue. It all felt like a dream.

Too bad we had to end the day by watching the presidential debate. 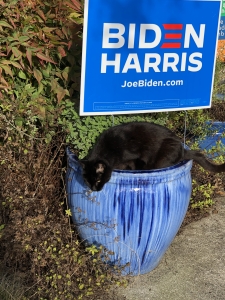 But as Joe Biden would say, here’s the thing: afterwards, I felt complete sky-blue clarity. Maybe my brain was rejuvenated by all those hours of pure air. I will never watch Donald Trump debate anyone ever again, I thought, with a firmness that was as calming as, for example, the moment when I realized I could not do any more spinal taps for the cause of Alzheimer’s research. Much as I believe in the cause: after a few tough ones, it had just become more than I could do. Watching Trump “debate” is now more than I can do.  Watching the debate was worse than a spinal tap. What a relief to know that!

Remember, from early and mid-September, the Air Quality Index? Trump lives in the vein-popping, purple-to-maroon Hazardous zone, spewing such a steady stream of toxins that experts would advise anyone nearby to close their windows, run their fans, and hunker down. Or flee the vicinity, if possible.

And whether or not the wildfire smoke seeps into October, we know Trump will be everywhere. So we’ll do what we must: vote as early as possible, text or call or write postcards to voters in other states. Seek out fresh air and blue sky.

And try to remember: when life was so tender, that no one wept except the willow.

This just in: I’m honored to have a short piece in Persimmon Tree journal’s tribute to Ruth Bader Ginsburg.