And All Will Be Well 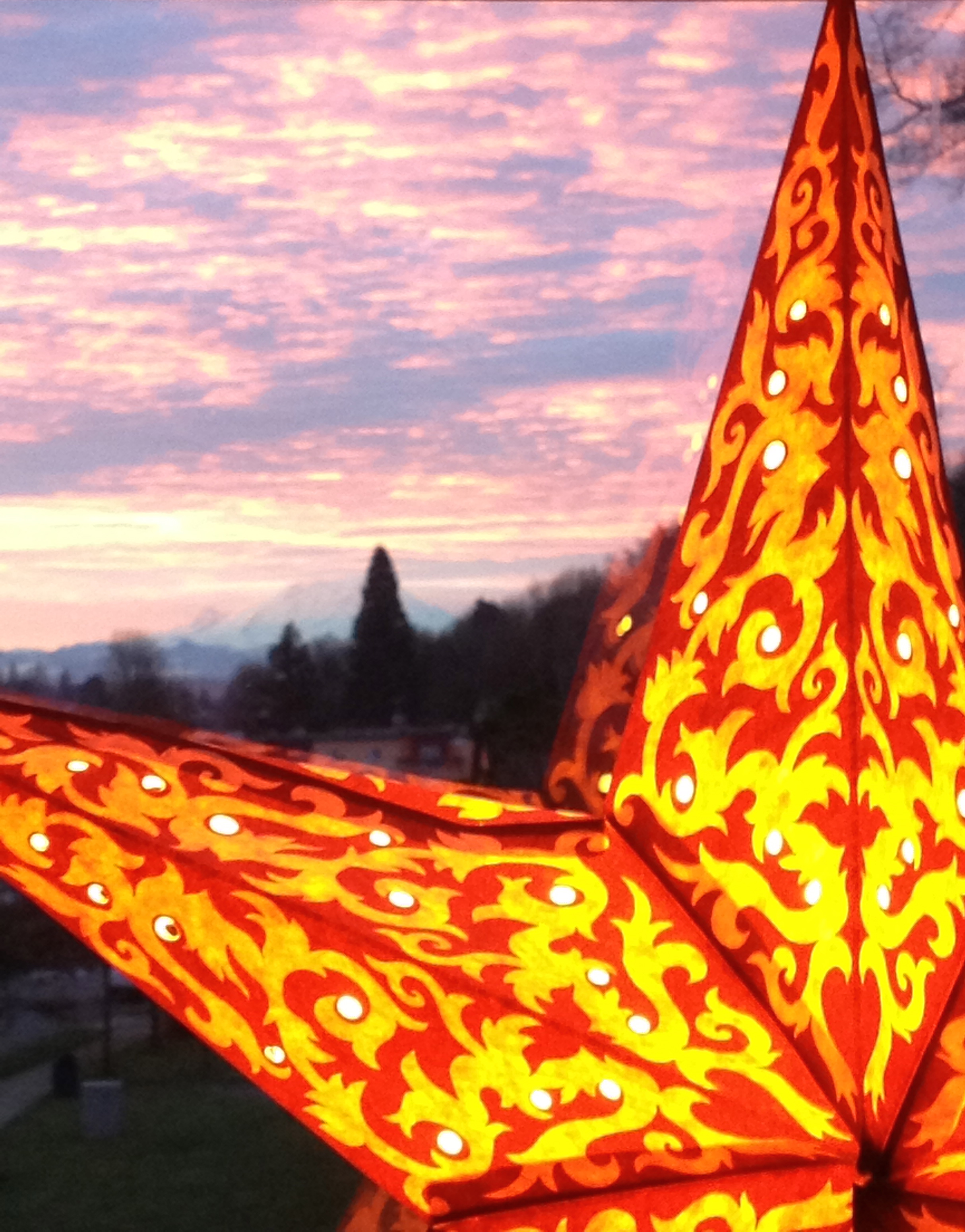 Happy Holidays, Restless Nest readers! For the past several weeks, I’ve been devoting my writing energy to finishing the first draft of The Observant Doubter, my memoir about faith and doubt. I’m happy to say I now HAVE a first draft, which I’m about to (nervously) share with my first circle of critical readers.

Meanwhile, here is a little seasonal morsel from my manuscript. It’s a story from my junior year in college, when I was an exchange student at the University of East Anglia in Norwich, England, which some of you may know as the city where the medieval mystic, Julian of Norwich, cloistered herself in a barnacle-like cell attached to a parish church and wrote of her encounters with God. 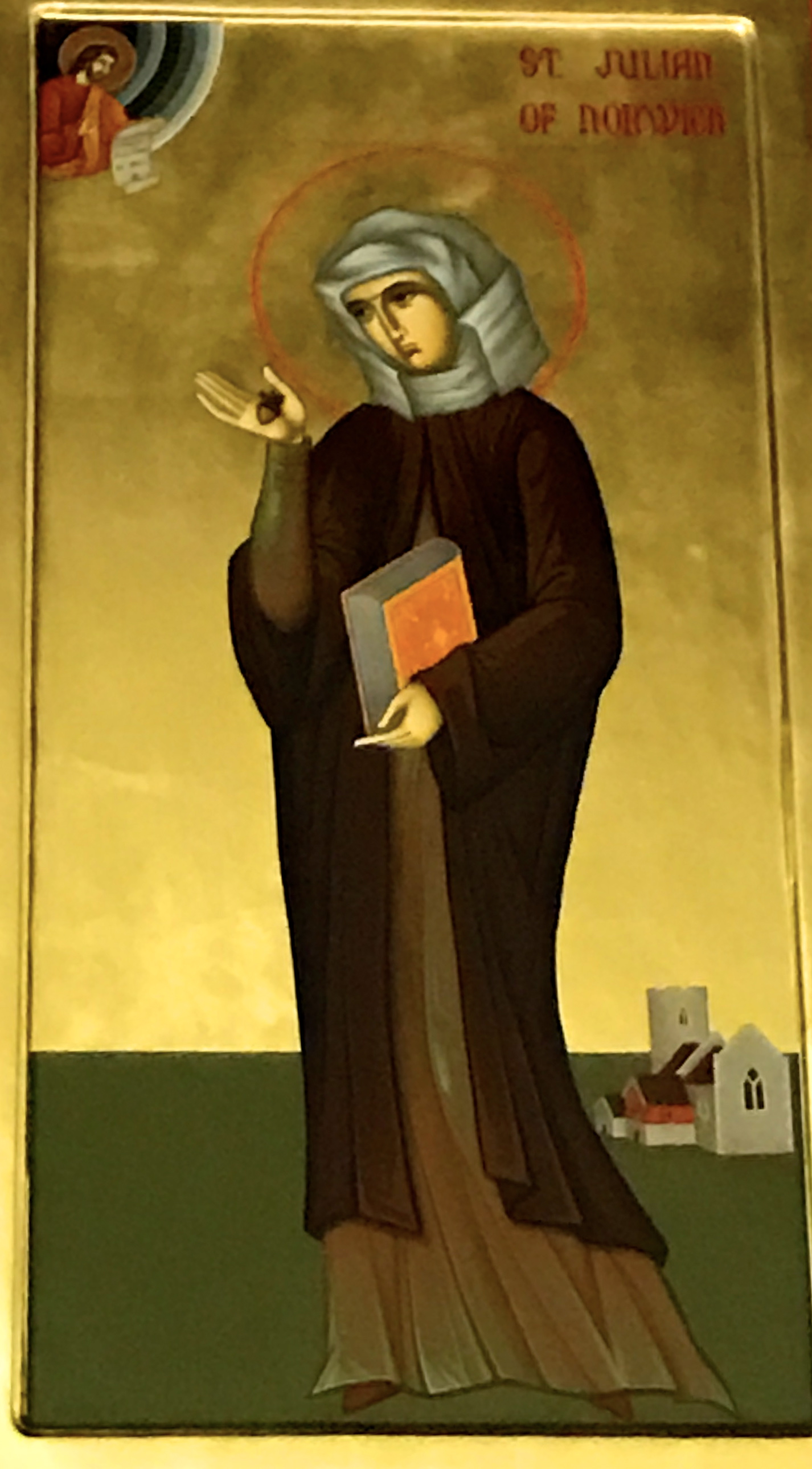 When I was there four decades ago, I knew little of Julian: I had made a firm turn away from the religious fervor of my teens and was now embarking on the decidedly all-doubt, no-observance phase of my life.

However: there was one frigid December evening in London.

My new boyfriend and I had been walking all over the city, both of us infatuated with its grit and beauty and history. Unlike me, he had done some advance planning for his year in the U.K., and had brought with him not only a copy of Let’s Go Europe, but one of the wonderful, fusty old Blue Guides, which helped us find the homes of famous writers and the Punch Tavern and the dozens of churches designed by Christopher Wren, their spires popping up suddenly between sooty Victorian office blocks like little havens of wholesome village life in the midst of the hectic capitol. 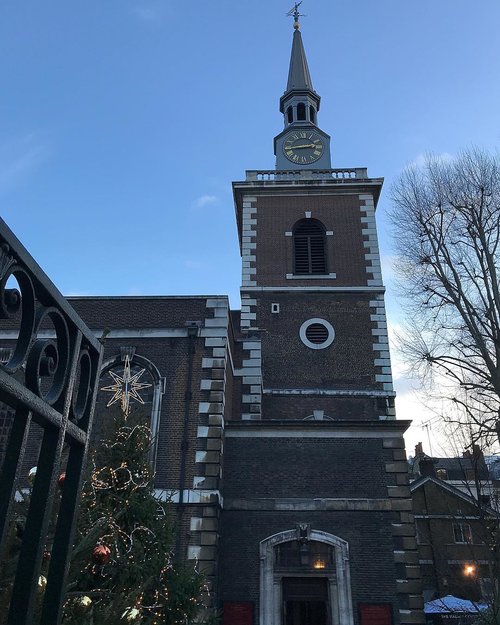 We happened across a Wren church called St. James Piccadilly. Usually, we just admired churches from the outside. But we heard a choir singing a Christmas carol, one of the English ones we Americans sing less often—was it “Lo, how a rose ere blooming?” Or “I Saw Three Ships Come Sailing In?” Or “The Holly and the Ivy?”—I can’t now recall. What I do remember is feeling that I must go inside.

We opened the door and saw that there were stairs to an upper gallery. We tiptoed up and slipped into the front row.

Oh, the rising of the sun, and the running of the deer;

The playing of the merry organ; sweet singing in the choir.

I remember feeling not just filled but held. The way a mother holds a baby, bathing her child in warmth and light. I remember crying.

Later, I called it a blast of intense, Christmastime nostalgia. But I knew, though I did not want to try, then, to describe it to anyone, including myself—I knew that it was more than that.

In the years ahead, that hour in St. James Piccadilly became a place I could go to for an instant. A match I could light, quickly, and blow out before anyone saw it.

Here are a few more seasonal stories: a guest post I wrote for the Patheos/Good Letters site called Going to the Manger as She Is, and this favorite from the Restless Nest archives: Sausage Rolls.