Being Mortal in the Time of Trump 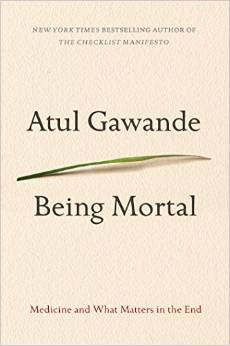 What matters most? That question has been like a three-word anthem for me this month, as I re-read Atul Gawande’s Being Mortal: Medicine and What Matters in the End. The small Seattle church I attend is having a summer book club, of sorts, which consists of reading Being Mortal and getting together in small groups to talk about it over dinner.

The group I was in kept coming back to that question: what matters most? In Being Mortal, Gawande talks about a patient who decided that for him, life would continue to be worth living as long as he could enjoy chocolate ice cream and watching football on TV. Another patient, who knew her time was limited, wanted to be able to continue to give piano lessons as long as she could. But what really matters most—behind the scenes of those two and pretty much all of Gawande’s examples—is being with the people you love. Being able to love and be loved. That’s what matters most.

The other day, I was feeling a sort of low-grade emotional fever, triggered by Not Accomplishing Enough Work-Wise while wishing I could Just Go Swimming. My malaise was compounded by that other virus I can’t seem to kick: Creeping Despair. 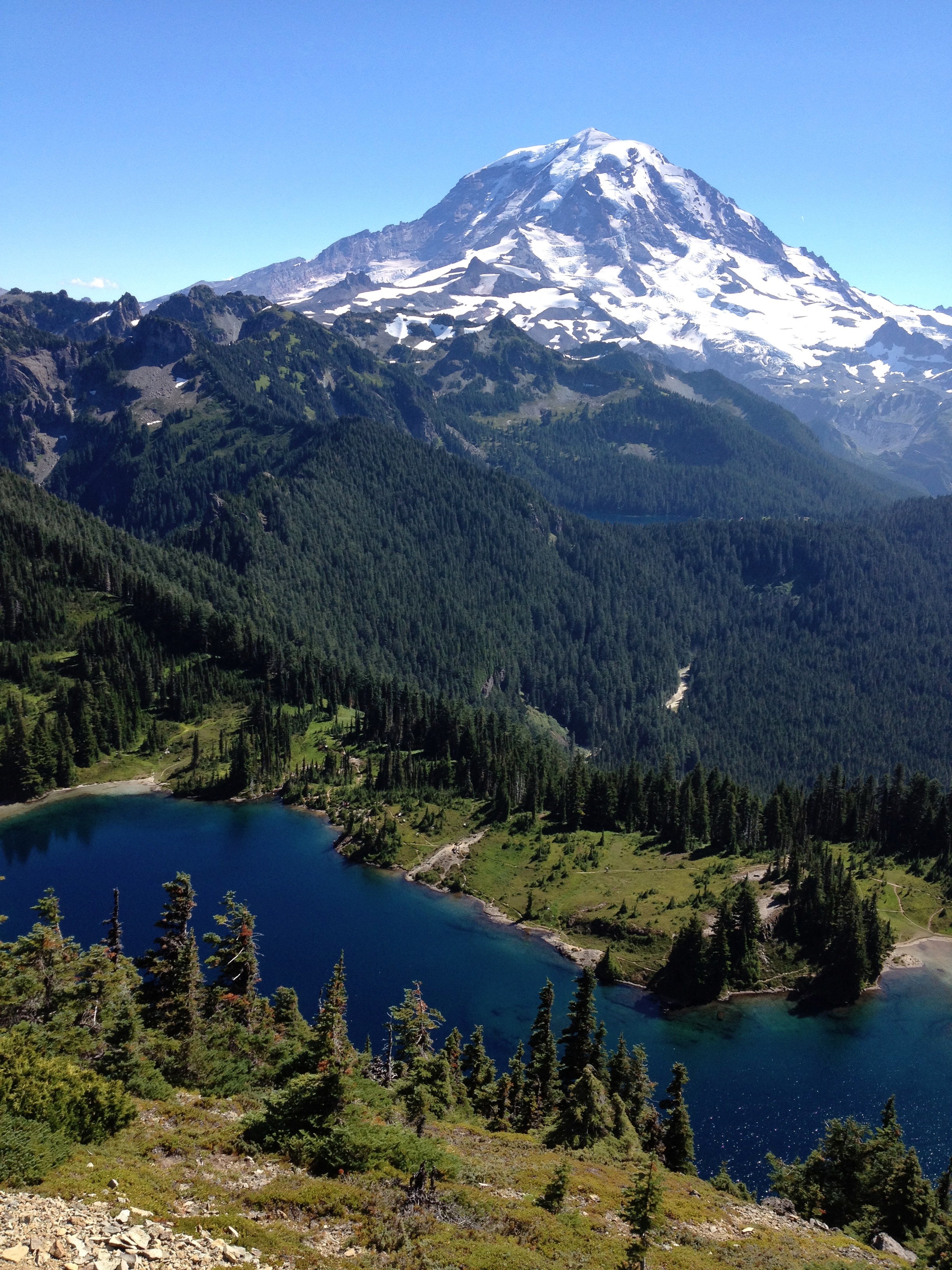 I decided to wallow. Just for a few minutes. So I opened Facebook. And there was the most delightful post from an old friend, describing how much fun she’d had hiking in Mt. Rainier National Park with her adult son. There were photos and captions loaded with mutual affection.

That’s what matters most, I thought. Love. The thoughtfulness of an avid hiker taking his mom, who probably doesn’t quite match his usual pace, up to Mt. Rainier, because he wants to share his favorite trails with her.

What is jarring, in this time of Trump, is to be reading a book that invites readers to reflect on the value of life, and the desire to live as fully as you can, with as much love as you can, until as close to the end as you can, while all the while the daily news is saturated with the casual and cruel devaluation of life. And the opposite of love: however you wish to characterize that. Is it hate? Yes. Too often. Is it also fear? Yes. All the time.

What we are learning, over and over, is that what matters most to some Americans is the right to buy and bear arms, including automatic weapons, with all that the word automatic applies. And in the darkest cases, the perceived “right” to use those arms. Against fellow humans. Apparently that is what matters most, to people who feel their 2nd amendment rights are more sacred than our right to take our kids shopping for school supplies without dying violently in a spray of gunfire. Or our right to go out on a Saturday night with friends and not be gunned down in cold blood. Or our right to attend high school—or elementary school—and live to attend college.

It is painful to think that while our reading groups have been contemplating what matters most at the end of life, our news headlines are braying the deathly drumbeat of rampant disregard for all of human life.

And it’s more than just gun violence. The same rampant disregard for human life is inherent in violent treatment of immigrants and in all the many forms of racism and bigotry that our president and his party personally encourage on a daily basis, egged on by the fundamentalist Christians who are more and more openly proclaiming their fealty to a white Christian nationalism that excludes pretty much everyone Jesus taught us to love.

However: there is a different kind of Christianity that is still strong in this country. I was startled to see the Washington Post point this out in a recent article about why evangelicals support Trump: startled because it’s so rare, though I hope it will become less so. 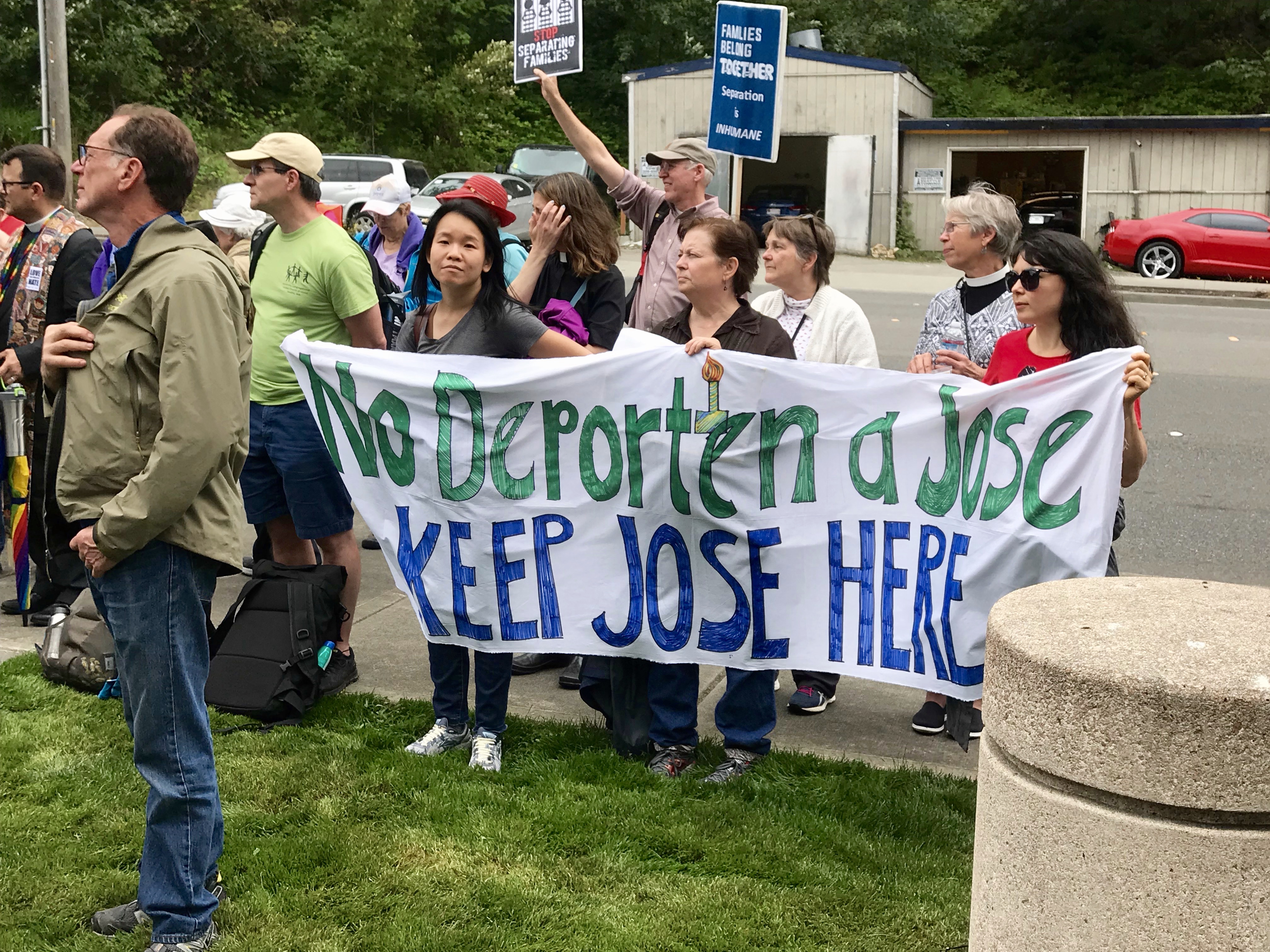 These other Christians are numerous, but a whole lot quieter. They are the sort of Christians who shelter immigrants in their churches, because they genuinely want to do the work that Jesus called them to do. They want to walk his walk, rather than be the noisy, attention-getting kids on the block, like the evangelicals.

Because what matters most to them is, as the prophet Micah famously put it: “to do justice, and to love kindness, and to walk humbly with their God.”

Serve chocolate ice cream and football on TV to a dying man.

Hike in a mountain meadow with your mother.

Read Being Mortal, and talk about it.

A few more end-of-summer book recommendations: Maggie O’Farrell’s I Am, I Am, I Am: Seventeen Brushes with Death, and Xu Xi’s This Fish is Fowl: Essays on Being.

You can read my interview with Xu Xi on the China-US Women’s Foundation website.

Seattle-area readers: Registration is now open for my Introduction to Memoir Writing class at Seattle Central College, which begins September 25.