Resistance is “people insisting on their dignity and humanity in the face of those who would strip them of it,” said author and documentary filmmaker Jen Marlowe. She was speaking from the base of a tiered classroom in Seattle University’s Sullivan Hall, which made her appear even shorter than her five feet and one quarter inch. It was 9 am on a Saturday. Her talk was titled “Reflections on Resistance: Palestine, Darfur and the Death Penalty.”

I had arrived a few minutes late, not anticipating the crush of humanity at the check-in table for the Search for Meaning Book Festival, which packs the Seattle University campus with 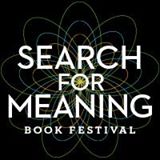 more people than it holds on any other day in the year. Apparently there are many of us in this bookish, broody city who are searching for meaning. SU has responded by bringing to one campus, for one day, a dizzying variety of authors who have found meaning in faiths and places and chapters of history I never knew existed. Hild of Whitby, for example—the subject of Nicola Griffith’s book, Hild: The Woman Who Changed the World 1400 Years Ago.
Apparently Hild persuaded the Celtic and Roman bishops of the Dark Ages to sit down together, work out their differences, and unite the unruly believers of ancient Britain: quite an achievement for a single woman in the wilds of Northumbria.

Back to Jen Marlowe, who is a bit of a present-day Hild. Marlowe’s search for meaning takes her to epicenters of resistance: to places like Palestine, Darfur in Western Sudan and the state of Georgia’s death row. She is compelled to report, record and write stories of people asserting their dignity in the face of terror and destruction.

In her talk, she wove stories from her three books, four documentary films and many shorter works. She told us of a wedding she witnessed in Darfur, a scene of dignity springing from defiant joy. She told us of a Palestinian man’s vow to replant his family’s ancient olive grove after it was deliberately uprooted by Israeli settlers. She described her long, sorrowful witness to the dignity of the family of Troy Davis, who was wrongly convicted and executed by the state of George in 2011.

“Easy for me to go around saying ‘Dignity is an illusion,’” I scribbled in the margin of my notes. I was remembering a Restless Nest essay I wrote last fall, about how that phrase—“Dignity is an illusion”—had become a gallows-humor punchline for me during a bad year. Sure, it was a rough time: my marriage was on life support, my mother was diagnosed with Alzheimer’s disease and I was having trouble landing a job. But, as I listened to Jen Marlowe, I began to understand something: to dismiss dignity as a mere illusion was a privilege. I could toy with dignity, I could make light of it, because neither my core worth as a human being nor my very life were in danger of being ripped from me. My extended family could gather without fear of imminent slaughter. My house and garden were not in danger of being arbitrarily bulldozed. I was not about to be legally murdered by my own state for a crime I did not commit. The kind of dignity I was calling an illusion was small-d dignity, as exemplified by dreams of turning up for a job interview in furry slippers. The kind Marlowe was talking about at the Search for Meaning Festival was capital-D dignity: which has everything to do with meaning. If we disregard the dignity of the people of Darfur, Palestine and Death Row, we disregard the meaning of their lives. Of all human lives.

And to stand up for the dignity and worth of human life in the face of those who would dismiss it is to claim meaning. No search required: here it is.