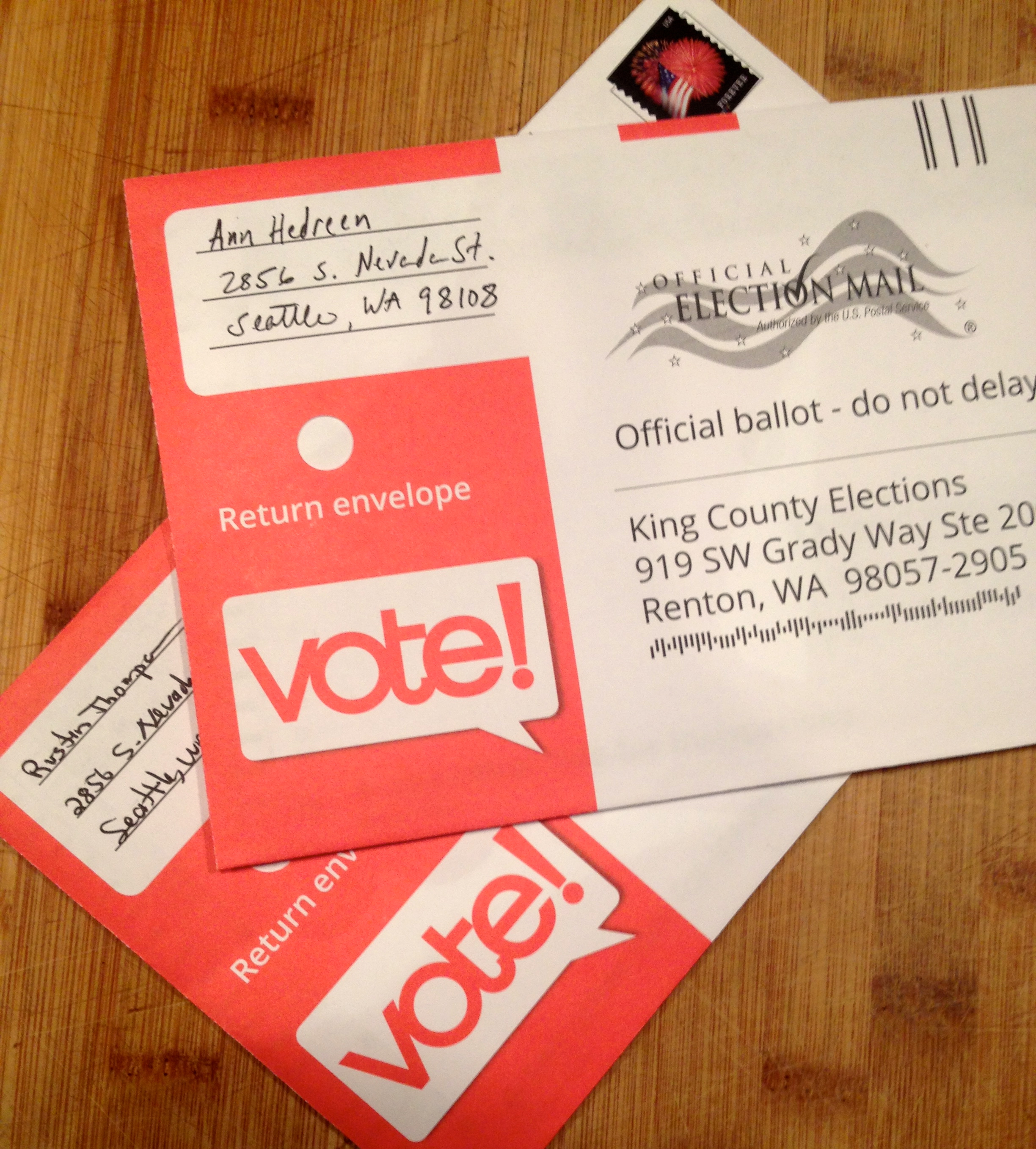 It has never, ever felt so good to seal and stamp an envelope as it did after I filled out my ballot last week. Sure, I miss the old ritual of going to my local polling place, but sitting down and getting it done at home, good and early, felt great. Especially this year.

Of course, especially this year.

And now I’m going to tell you a few of the people I voted for.

I voted for the third graders I tutor in an afterschool program. One of them told me last week he was “so scared Donald Trump was going to win.” The others all chimed in. “We’re scared too!” “I hate Trump!” All of them are from refugee families; most come from Somalia. I wondered what they’ve been hearing at home. Can you imagine how horrifying it is to watch this election unfold, if you’re a refugee from anywhere—but especially from a Muslim country?

I also voted for another refugee: Henry Grundstrom, my great-grandfather, who, according to his naturalization papers, “foreswore his allegiance to the Czar of Russia” to become a United States citizen in 1898. Henry was from Finland, then under the Czar’s thumb. If he had stayed, he would have faced conscription into the Czar’s army. What would he have thought of allegations that Russian hackers could be trying to influence this election?

I voted for Viktor Warila, my other Finnish great-grandfather, who staked a homestead claim in Montana in 1910 and raised six children on the windswept bench lands between Billings and Yellowstone.

I voted for Lydia Warila, his wife, who traveled west from Ellis Island with her name and destination pinned to her coat, because she spoke not a word of English.

I voted for my Scottish forebears, who built houses in the Carnation Valley and on Queen Anne Hill, and for my Swedish great-grandfather, who left his Minnesota home at 18 and headed to Alaska for the Yukon Gold Rush.

I voted for my elegant grandmother, an orphan, who gave herself a whole new name when she was a teenager, because in this country you can do that. Because do-overs are in our DNA here. Unless you are Native American or your ancestors were brought here against their will, your people, too, came here because they wanted—or needed—to become something new. Just like my Somali students’ parents. And here’s the part that is apparently very hard for some Trump supporters to understand: in this country, we allow do-overs that don’t rob you of your core identity. You’re allowed to keep your religion, customs and language. My grandparents grew up speaking Finnish at home and attended Finnish Lutheran churches. Many of the Somali students in my neighborhood are trilingual: they speak English at school, Somali at home and learn Arabic in their religious classes.

I also cast my ballot in honor of my mother, who would have been SO thrilled to vote for the first woman ever to be a major-party candidate for president.

And I voted for my college: Wellesley College, Hillary Clinton’s alma mater too, which has been educating women since fifty years before we could legally vote for president, and whose founders wanted the college to prepare women for “great conflicts” and “vast reforms in social life.”

For Hillary Clinton, Wellesley was just the beginning of a lifetime of preparation for great conflicts and vast reforms. And for her, and for every woman in America, this election is much, much more than an opportunity for symbolism. It’s our chance to say: the great conflicts we face are real. Vast reform is needed. We need a president who knows these truths, and is ready to get to work.

That’s who I voted for. Let the countdown begin.