Emotional Truth: Teaching Memoir in the Time of Trump 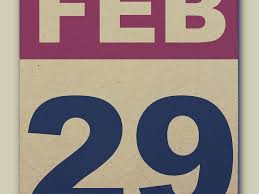 Sixteen years ago, on Leap Year Day, my mathematically gifted brother left this world. Felled by glioblastoma, he did not have much choice in the timing of his death. But he did have a flair for drama, and it may have pleased him to give a parting nod to the beauty of numbers.

The fact is that he died on February 29, 2004. The emotional truth is that he died not on any old dreary winter day, but on a numerically elegant date that only happens every four years.

We memoir writers like to talk about seeking, and writing, the emotional truth. It’s an intuitive concept; more what you feel than what you think. Yes, you tell yourself, when you feel you’ve got it right: what I’ve written is what happened, and why it mattered. Or no, you sigh as you stare at the words on the screen: no, I’m not telling it right. I’m holding back. Or telling the wrong story. Or writing around the heart of the matter, instead of into it.

Here’s a famous example of emotional truth, from Ernest Hemingway’s memoir, A Moveable Feast: “I’ve seen you, beauty, and you belong to me now, whoever you are waiting for and if I never see you again,” Hemingway wrote, of a woman who walked in to the café where he was writing; a woman he still remembered three decades later. “You belong to me and all Paris belongs to me and I belong to this notebook and this pencil.”

When I teach memoir writing, I talk about how the emotional truth is different from the just-the-facts, news-of-the-day version of what happened. If you’re writing about something that happened to you a very long time ago, that just-the-facts version is quite likely blurred by the passage of time and by the events of your life. But there’s a reason you are now thinking of that particular something that happened. Though you may not remember what you wore, or exactly what the weather was, you remember how it felt, and that’s what you’re trying to recapture: that emotional truth. And when I use that phrase, and contrast it with just the facts and news of the day, my students understand what I mean.

But would Donald Trump understand?

News of the day, as we have traditionally defined it, has no meaning for Trump: it is “fake,” unless or until he can filter it through the only kind of truth he cares about, which is his, and only his, emotional truth. If President Obama “feels” foreign-born to Trump, then that’s his emotional truth, and it trumps (pun unavoidable) the actual facts. If a conversation with President Zelensky of Ukraine “feels” perfect, ditto. Or what if, as we have recently learned, the covid-19 coronavirus “feels” to Trump like something we should not really worry about?

You could argue that, in the time of Trump, “emotional truth” is a dangerous concept. Especially when “facts” and “news” are under attack.

So why are so many people working so hard to write their own emotional truths? What is the value in writing memoir in this era, defined by this president, in which truth—the word, the value, the very idea of it—has been debased and disregarded in ways never seen before? 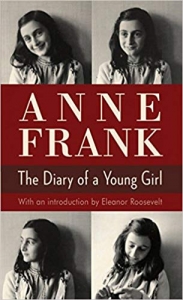 I would argue this: when the world around us is chaotic, sometimes the only truth we can write is our own. It’s why Anne Frank kept a diary.

Why Solomon Northup told his story in Twelve Years a Slave. Why Julian of Norwich, writing in the midst of the medieval Plague years, felt compelled to share her near-death vision that “all will be well.”

I have been teaching Introduction to Memoir Writing in Seattle Central College’s Continuing Education program (and occasionally elsewhere) since 2012. My students range in age from 18 to 80-plus. What they have in common is a desire to open the doors of memory, not close them. What they are seeking is their emotional truth, not in isolation from reality but held up to it. Did this really happen? How can I find out? Who can I talk to? What research can I do? And when that research backs up my emotional truth, how will I feel?

And that is what makes their definition of “emotional truth” so different from Donald Trump’s. And it is why I love teaching memoir writing. I don’t want people to give up on truth-seeking and emotionally truthful storytelling. I don’t want the world to accept what Donald Trump has done to the word, “Truth.”

We don’t have to. He may not know the difference between the unassailable facts of the day and his own emotional truth, but we do. He may not want to hold his truth up to the facts, but we do. The best memoirs take pains to point out how what we remember is not always factual, and it is the author’s discovery of such contradictions that often uncover the most important layers of emotional truth.

And for you writers of speculative fiction, here’s a prompt: What if Trump had a deeply closeted conscience, and his conscience wrote a memoir?