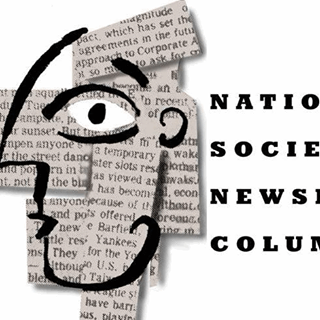 News Flash: The Restless Nest has been awarded an honorable mention in the “Blogs under 100,000 unique visitors” category of the National Society of Newspaper Columnists’ 2016 competition!

“Oh, to be wracked by success!” director Terence Davies exclaimed, hitting wracked loudly and hard with his gentle Liverpool lilt. He was imitating actor Cynthia Nixon, who plays Emily Dickinson in his new film A Quiet Passion, as he explained to us that—much as he loves planning every painstaking detail of his movies in advance—he delights in moments of surprise. Nixon’s emphatic reading of Dickinson’s line was not what he had imagined. But then, success, whether or not one is wracked by it, is often not at all what we imagine. True for nineteenth century poets, true for 21st century actors and directors. True for all of us.

Davies’ appearance at the Museum of the Moving Image in Queens, following a screening of his 1992 film, The Long Day Closes, was a highlight of my recent trip to New York. I had seen his Distant Voices, Still Lives some years ago and was haunted by his depiction of his Liverpool childhood, of which his violent father was the volatile heart. Davies makes movies like an old Dutch master paints. He loves what he calls “texture:” getting the faded, autumnal colors of the clothing, wallpaper and furniture of his 1950s working-class neighborhood just right; spending a full minute of screen time gazing at one patterned ochre rug, because that’s what children do: they stare at the patterns and textures in front of them. Rugs. Ladies’ skirts. A bricklayer setting bricks, one by one, in a back garden wall.

I might not have been there if my husband and son hadn’t wanted to go so badly. I might have lobbied for an unaffordable Broadway show or a cozy, bank-breaking restaurant. What a loss that would’ve been. Who knew Davies would be so riveting in person? He is what you might call a case study in restless, but lovingly attentive, reinvention. And, as I wrote about last month, I can’t resist stories of reinvention. Davies has no interest in chasing a Hollywood version of success. He wants to make films the way a jeweler cuts diamonds: slowly and carefully, facet by facet until the glittering whole is revealed. If it takes years, so be it. If he can’t get the money, he’ll wait. At seventy, he still radiates a creative hunger, a hyper-attentive glow that is infectious. I hope it’s infectious. I want to catch it and keep it.

New York can be maddening. Exhausting. A bad boyfriend, as one friend quipped: so enchanting one day, so brutal the next. On this early May trip, the weather was as leaden as Liverpool in March. The political weather was stormy, too: everyone still in shock over Trump’s primary-sweeping triumph; my son and I clashing over Sanders vs. Clinton.

The week’s bright spots were the re-inventors. There was Davies. There was also Cheryl Stern, an accomplished Broadway actor and a friend of my good friend Lisa Faith Phillips (herself a shining example of restless reinvention: if you’re in New York, don’t miss her cabaret performance on May 15). Lisa took me to see Stern’s new one-woman show—her first—called Shoes and Baggage, at the Cell on W. 23rd. Like Davies’ films, Stern’s show is memoir, but her instruments are song and monologue. At first, you might mistake Shoes and Baggage for a light little tale about shopping addiction. But gradually, you realize it’s much more layered, more textured, than that. It’s about body image and what we women do to define ourselves in a relentlessly look-ist world. Though I’ve never tried on a Manolo Blahnik pump, I understood her story. I felt her story, especially when she flashed back to childhood, to all the approval that is lavished on a potentially awkward girl when she gets her outfit just right.

My own reinvention moment came early in our New York trip, when I got to read with my friend Dana Robbins at Cornelia Street Café. Dana, who is blossoming as a poet after 25 years as a lawyer, gave me the courage to read from my new work-in-progress, The Observant Doubter. I thought my theme of faith versus chronic doubt would be a tough sell in New York. But maybe New Yorkers aren’t as hard-boiled as we provincials think. After all, so many of them come from somewhere else. Somewhere they might miss. Some place, some time, to which their restless minds reflexively return. Like Terence Davies’ Liverpool. Like Cheryl Stern’s childhood trips to the mall. Like Dana’s childhood kitchen, where her father’s “square hands… moved like a meditation.”

The passage I read in the café was about returning after forty years to the church I last attended as a fervent teen. About how I thought I could slip in and out undetected, until an old woman asked me whose child I was.

We’re all somebody’s child. And that’s often where re-inventors let their restless imaginations take them. Because your life is your movie. Your poem. Your story, and no one else’s. And that’s the joy of it. Whether or not you are ever “wracked by success.”