This may look like July 2016 to you, what with the political conventions, heat waves and all. But if you ask me where I am on any given afternoon, I might say 1994. Or 1992. Or, not too many weeks ago, 1978. It is the summer of the Journals Project: the season I re-read my hand-scrawled life, transcribing not all of it—that would be WAY too brutal a task—but some important scraps. Morsels.

I began keeping a journal when I was 13, so I have a lot of years to get through. The good news is that I did not (and do not) write every day. Sometimes I’ve skipped whole months, or more. But it’s taking me a while, because—sort of like eating Thanksgiving dinner—I can do it for no more than an hour or two at a time. There are only so many rich, nostalgia-laden bites a girl can take in one sitting. 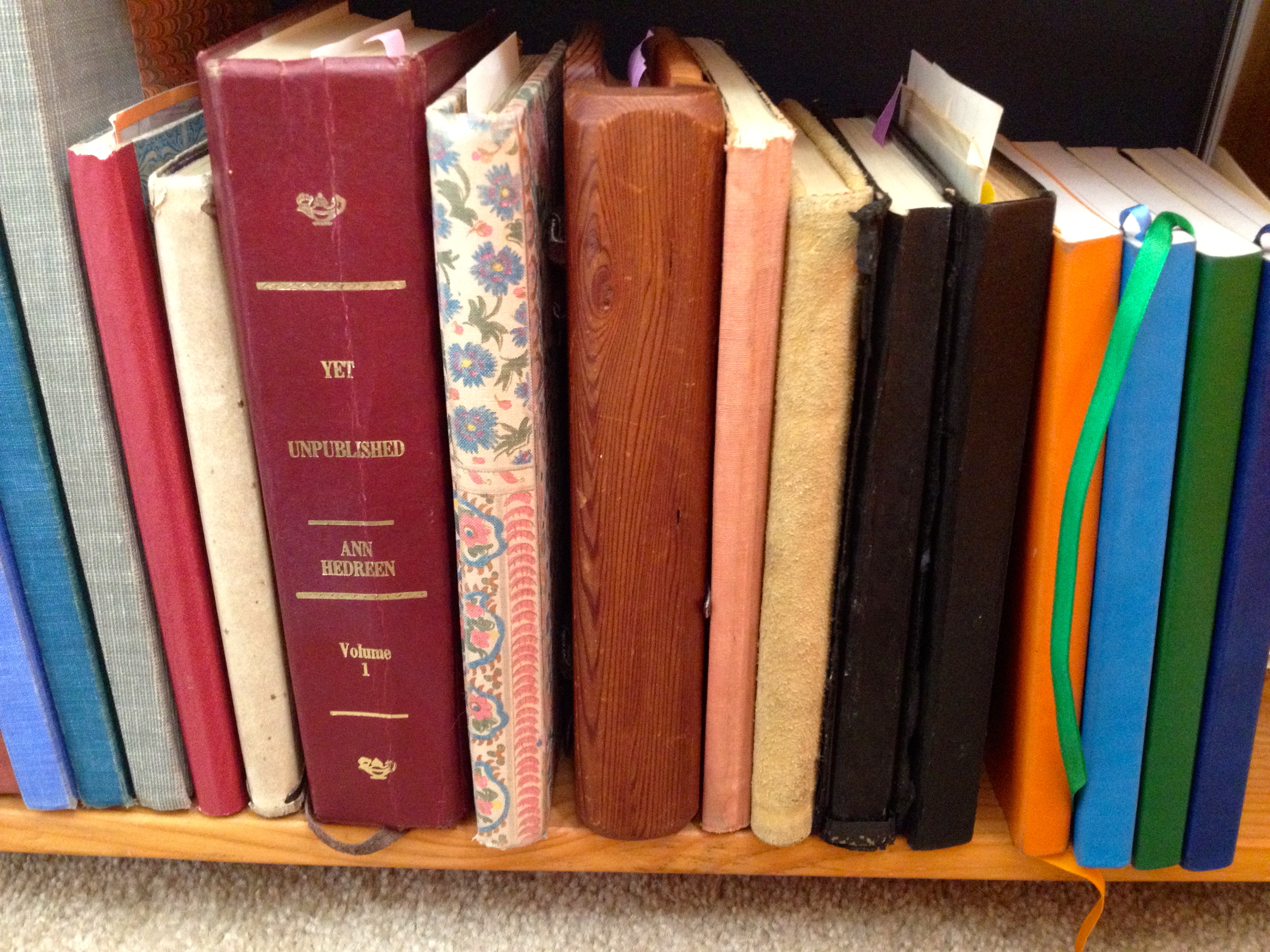 My self-imposed assignment is to look for anything having to do with God, faith, loss of faith, doubt, mortality and/or the meaning of life. It’s research for my next book, known for now as The Observant Doubter. Me being me, there’s a generous sprinkling of all of the above.

In my very first volume, I wrote by candlelight, and used a fountain pen: a smudgy, spill-prone choice for left-handed me. But I can still remember the clink of the pen in the bottle, the scratchy sound of the nib, the smell of the ink.

In the beginning, I wrote a LOT about God. I had fallen hard for an Evangelical/ Episcopal version of Christianity that had arrived at my childhood church via a youth minister who radiated joy. I yearned to glow with the love of God, like he did.

But gradually, my fervent faith subsided, and other subjects took over. I gave up on fountain pens and switched to felt tips, so I could write faster. Guilt, always a theme for me, shifted from feeling guilty because I was a bad Christian to feeling guilty because I ate too much or I didn’t study enough to, eventually, that special Mt. Everest of guilt that young mothers climb every day: no matter what you do, you’re letting someone down. You’re not doing something well enough.

My transcriptions are peppered with “oy” in parantheses: shorthand for, Hey 2016 Me, can you believe how much time you spent berating yourself for your shortcomings? In 1976, 1980, 1992, whenever?

“It’s so agonizing, this business of being pulled in a thousand directions,” I wrote one January morning when my children were one and four. “I want to be a good mother. I want my life to have meaning; I wish I could find meaning in the minutiae of everyday life.”

Oy. How I wish I could go back and tell myself: STOP. News flash from the future: it’s gonna be OK. You are loving your children and living your life and you just happened to be born into a time when the neatly laid table of family life was upended and everyone—including you, your husband, your family, your workmates, neighbors and all those perfect preschool parents you felt you could never ever measure up to—began to scramble and squabble about how it should now be reorganized.

And now: a quarter century after I watched Bill Clinton’s inauguration with a toddler on my hip and a baby on the way, stunned and grateful that we now had someone in the White House who had invited Maya Angelou to write and read an inaugural poem, here we all are again, still squabbling over what life in America should look like. One candidate wants to take us back to… where, exactly? The mythic America of girdles and grills; of happy white people who have no neighbors who do not look like them?

The other candidate may have been born into some version of that world, but long ago, she boarded the outbound train into the bumpy future where most of us actually live. Where women are allowed to have aspirations, even if that’s going to complicate their family life. Where fathers and mothers want to find meaning in the world and meaning at home. Through all these turbulent years recorded in my messy pages, Hillary Clinton has been working away, miles ahead of me. Making her own mistakes. Learning from them. Moving on. Preparing herself to be, as President Obama put it, the best-prepared presidential candidate we have ever had. 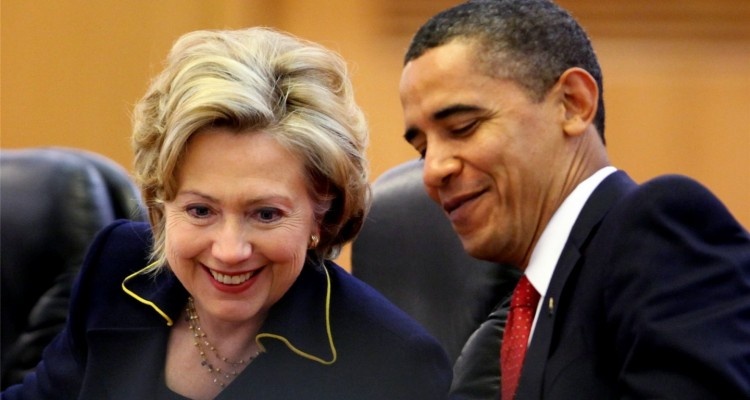 As I continue to slog through the journals, knowing that she has prevailed over all the crazy roadblocks life has put in her way helps me to see that we as a nation and we, as women, have made progress. And will make more progress. But we’ve got to get her elected. Don’t feel guilty about how much time you can or can’t give to the cause: just do something. Just show up. I’m doing it not just for me, now, but for me, then: that fervent teen. That overwhelmed young mom. The ever-scribbling seeker of meaning that I still am.