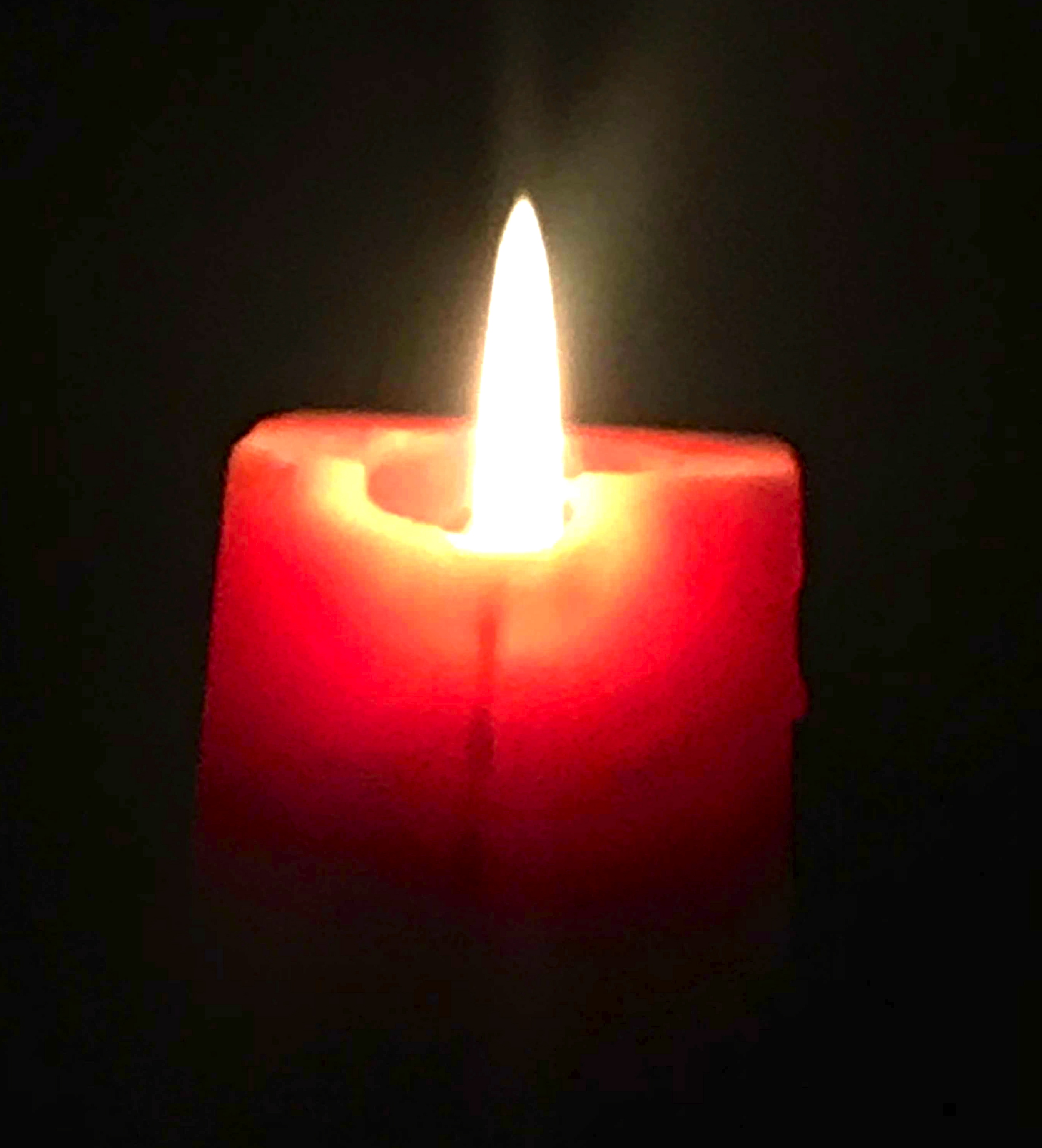 Driving west up Union, we could see taillights stretching ahead in a long, slow column. We crossed 23rd Avenue, turned onto a side street and parked. As we walked uphill towards Seattle’s storied Temple de Hirsch Sinai, my husband and I fell in step with a few others, then a few dozen. And then suddenly we were part of a stream of a few thousand, or more. Volunteers directed us to the ends of the long lines that circled the temple block in every direction.

The quiet was palpable.

The announcement soon went out that the synagogue, which holds 2,000 people, was full. Police blocked off the street in front and encouraged the hundreds of us who couldn’t get in to gather outside. Loudspeakers were set up. Someone began to strum a guitar and lead us in song. I stood behind a tall man in a fedora with a voice like a deep, clear bell and tried to pick up a few of the Hebrew words.

One of the rabbis came out and spoke to us. He told us God’s tears were mixing with ours, as we stood together in remembrance of the eleven people murdered two days ago at the Tree of Life Synagogue in Pittsburgh. He talked of planting a new Tree of Life, where love can—no, must, he said—have the last word.

I thought of a film I saw this weekend, at the Friday Harbor Film Festival, that was all about how trees communicate with each other, underground; how the roots of wholly different species nurture each other, helped along by micro-organisms in the neighborhood.

Governor Jay Inslee came out from the service inside to offer a few words. Oh no, I thought. We don’t need a politician right now. But he was not a politician in that moment, he was our governor, grieving with us about a horror that he knew did not seem far away, not in a city and a state that has seen its own share of anti-Semitic violence, including murder.  Inslee spoke of how we must stop fearing and hating people who we perceive as Other. “There is no other,” he said.

Earlier that afternoon, unable to focus on anything resembling work, I had signed up at Vote Forward to send letters to specific people urging them to vote. There was a template, with space to add your own hand-written words about why you vote. “Because I believe in democracy,” I wrote, trying hard to be legible, “and voting is the beating heart of democracy. Without our votes, democracy will die.”

I sent ten letters to voters in the 13th District of North Carolina, which happens to include Greensboro, which happens to be the first place I ever visited in the South. It was 1977. I don’t know what Greensboro is like now, but my memory of seeing it then, at the tender age of 20, is of a city starkly and deliberately divided. Rich/poor; white/black. Split-levels in subdivisions; weatherbeaten cottages on streets without sidewalks. Forty years have passed. But as I addressed my letters, I pictured voters old enough to have grown up in that earlier Greensboro, and how much work they have had to do—unless they were white—simply to vote.

Standing outside the Temple de Hirsch, I thought of those names I wrote out so carefully on each envelope as the guitarist launched us into “This Little Light of Mine.” 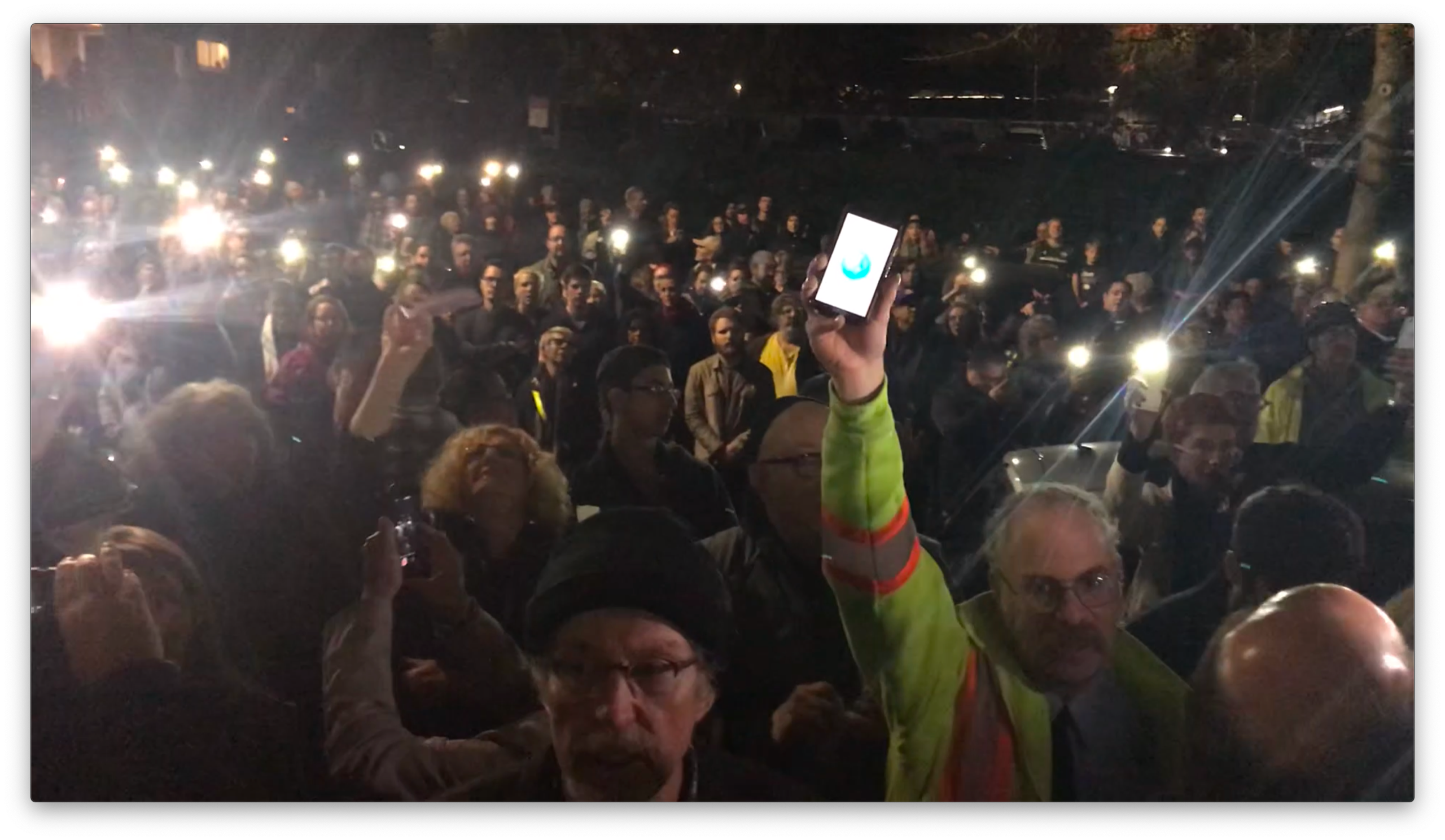 Are you remembering summer camp? Maybe squirming a bit at the corniness of that song? Don’t. On an October night, outside a Seattle synagogue, it rang out loud and strong. Everyone knew the words—hooray! And I could feel all our little lights adding up to one large light; coming from similar gatherings in other cities, reaching Greensboro and Pittsburgh and a million other corners of this country we live in; this democracy where we have to keep getting together and shining our lights and reminding ourselves, in dark times, that there is no Other.