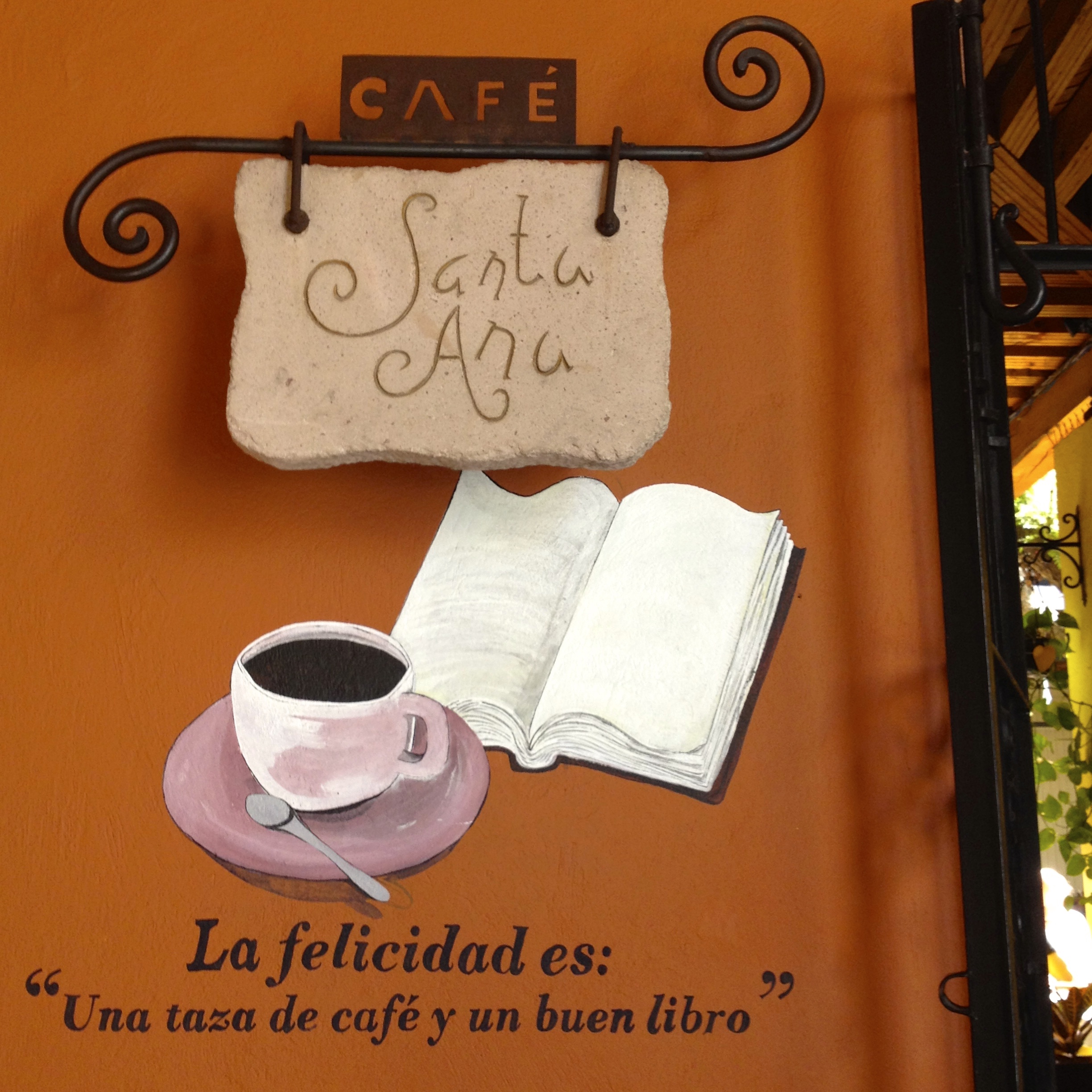 When I was nine years old, I put on my first pair of glasses—light blue, cat-eyed—and looked out my bedroom window at the huge, old Japanese maple tree that shaded our entire postage-stamp backyard. For the first time, from that once-great distance of about 20 feet, I saw not just its spring-green canopy of foliage, but the etched outlines of individual leaves.

It felt—magic is too weak a word. Religious might be right, or ecstatic. I wanted to cry, or shout. Not because I was experiencing my own personal miracle—I was blind, but now I see!—but because the world itself had changed. It had become rich in detail, startling in clarity. It was a place I wanted to know, in the way that grownups knew things. No more gauzy, child’s-eye views for me. In that instant, staring at the leaves of a tree I had loved since the day we moved into that Seven Dwarves’ cottage of a house, I believed that for me, vision would forever trump vanity: I would wear these glasses. Most of the time.

When I was nineteen years old, I got my first passport, and got it stamped for the first time at Heathrow Airport, where I began a year of study and travel that opened my eager eyes to the world. I wore contact lenses by then, the old hard lenses that could pop out of your eye and down the drain of a Roman pensione in a millisecond, leaving you with your slightly blurry backup glasses for the next month. Who knows how many leaf-edges, details in frescos, faces of gargoyles, I missed?

The nines have always been momentous years for me: years that took me to new places; that gave me new ways to see the world. In January, I celebrated my 59th birthday in Mexico, a country I have visited several times but have never seen the way I saw it on this trip. 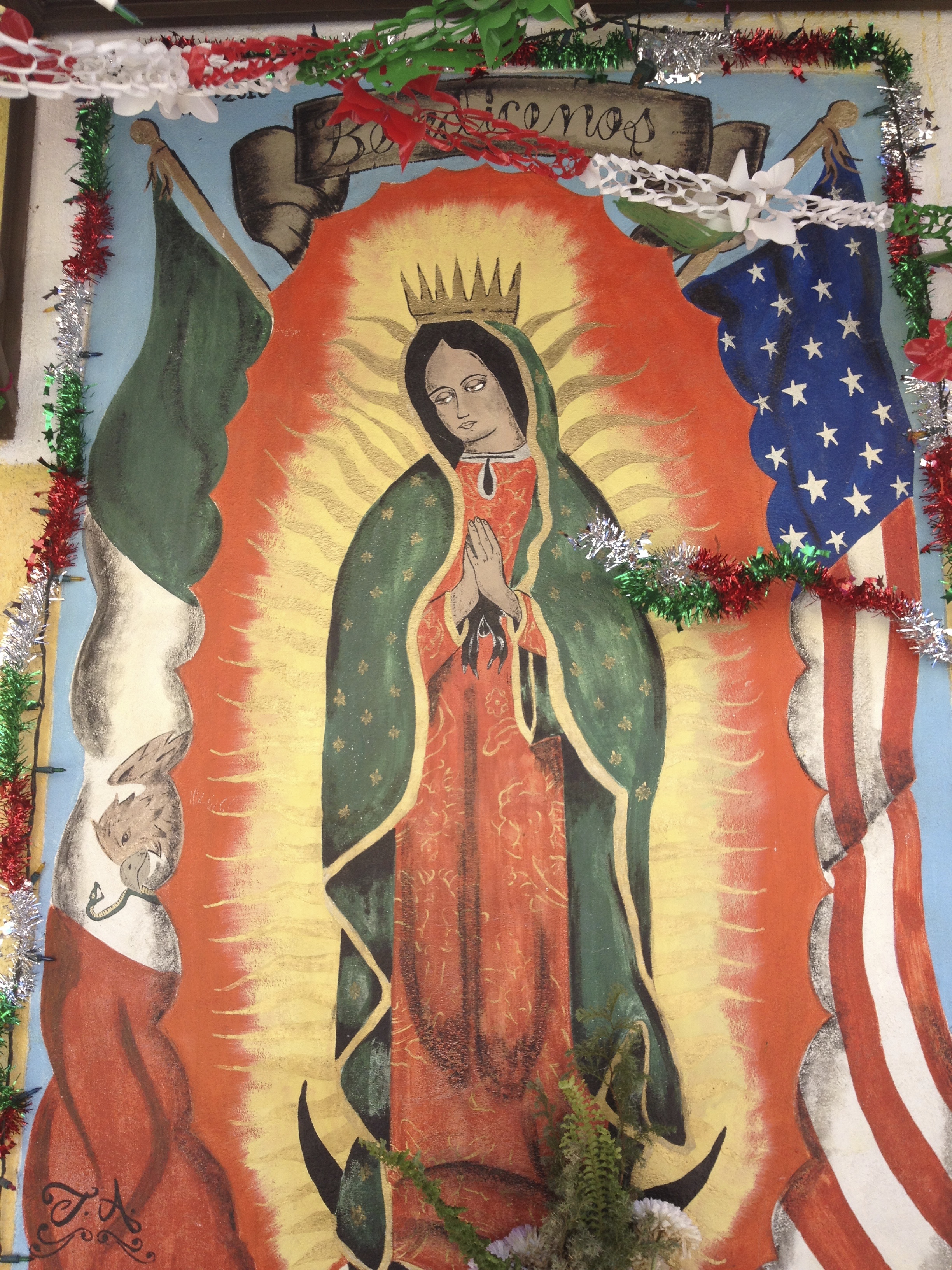 And it wasn’t because I was wearing new glasses, or because I can’t get over how old I am. It was because we finally resisted the seduction of the beaches and, instead, headed for Mexico’s mountaintop heart.

One of the things I love best about travel is being surprised; that moment in which you realize: this place, this experience, is not at all what I thought it would be. From the first moments, Mexico City was like that.

Mexico City has a reputation, long perpetuated in the United States, as dangerous, crime-ridden and full of perils for unsuspecting tourists. But that was not our experience at all. People were friendly and helpful. The streets around our hotel in the historic center were full of families well into the evening. We tried to behave sensibly, as we would in any large city, but we never felt threatened.

The next misconception to go was the notion that being in the hemisphere’s largest city would feel suffocating in the extreme. But if you’ve ever stood in Central Park, you know that it is possible to experience spaciousness in the middle of a metropolis. And Mexico City’s parks, public squares and boulevards are numerous, gracious, spacious and, with the exception of the vast central Zocalo, nearly all are shaded with trees. We felt the presence of 20+ million people most vividly when we rode the subway, which is so cheap and fast that it’s no wonder it is always crowded.

But I will remember Mexico City as a stroller’s paradise, with surprises around every corner.

There was the surf guitar band called Mondragon, rocking an alley just off a pedestrian-only shopping street near the Zocalo. There were the stately polka dancers next to the crafts market in the Alameda park. There were whole buildings covered in tile. 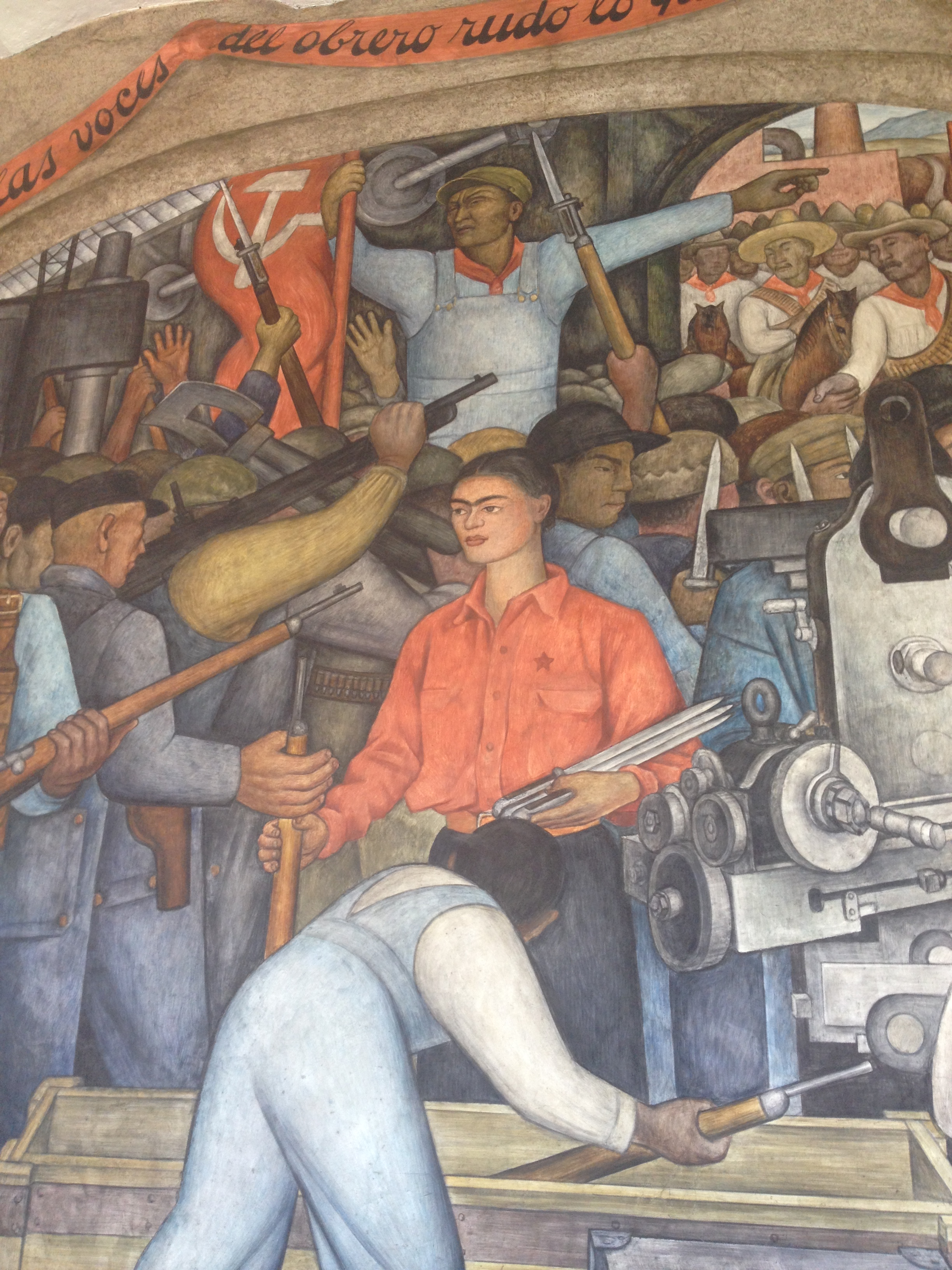 There were buildings filled with dramatic murals by Diego Rivera, David Siqueiros, José Orozco. There were candy shops that sold marzipan and spun sugar shaped into paper-thin fans and fruits. There were streets with a hundred shops that sold only fabric by the yard and other streets where you could buy only plastic: shower curtains, buckets and bins. One packed block specialized in baby dolls and christening gowns, essential for an upcoming feast day marking Jesus’ presentation at the temple. Nearby was a market where you could buy voodoo dolls, magic powders, herbs and aphrodisiacs.

On our first evening there, a Friday, we walked out our door into a thronged pedestrian-only street full of shoppers, hawkers, performers and family groups out for a stroll. We were there with our two 20-something children, so we felt like we fit right in. In one alley was the surf guitar band; in another, a Michael Jackson impersonator. When we got hungry, we joined dozens of other families at an old, tile-lined restaurant called Café Tacuba, where the waitresses wore white, nurse-like uniforms with giant white bows on the backs of their heads, and a band of musicians serenaded a huge multi-generational family party in the back room, giving us all a free concert.

The highlight for me was Sunday morning, when I went to the ornate Palacio de Bellas Artes for an early performance of Mexico’s breathtaking Ballet Folklorico. 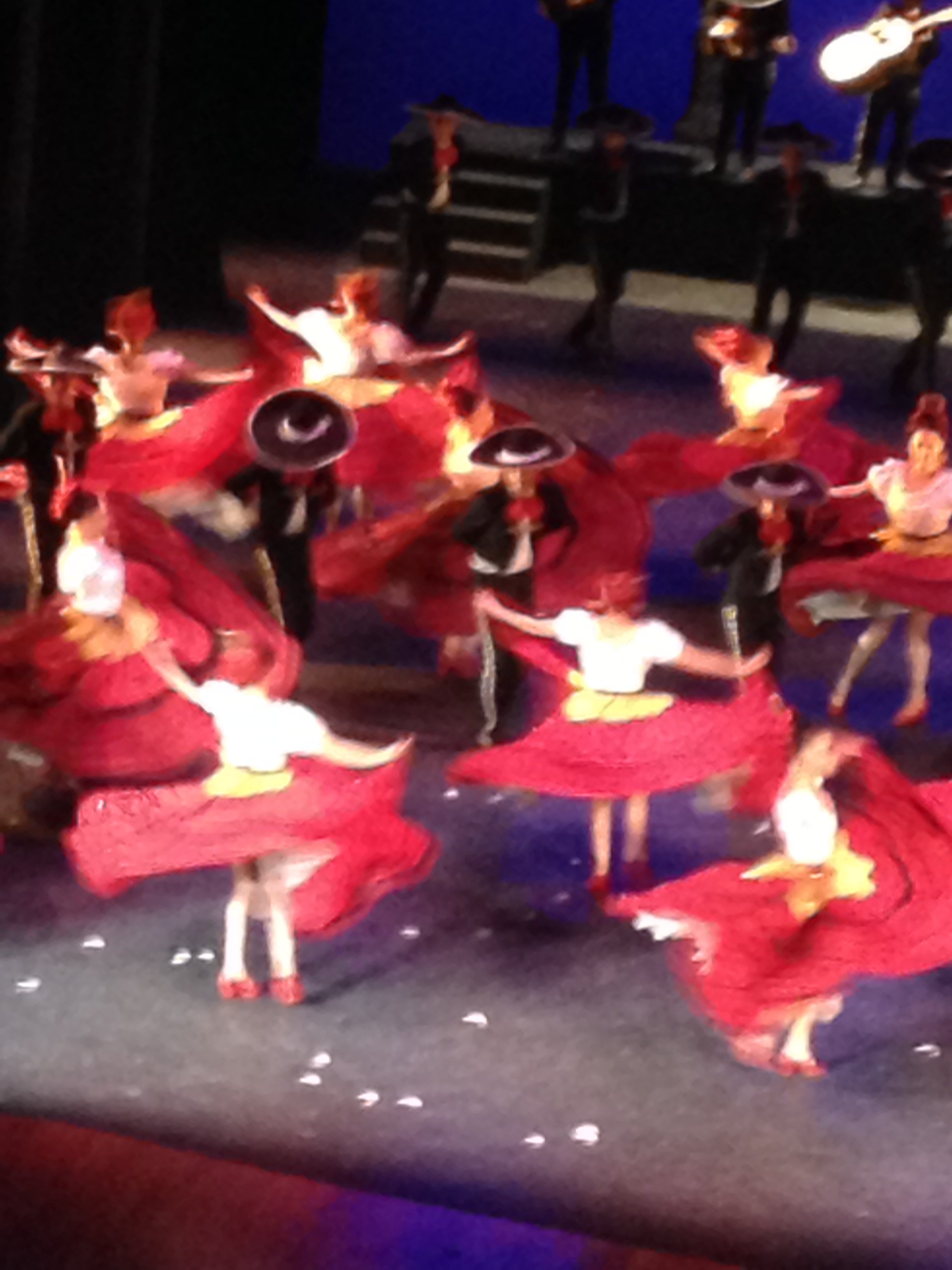 It made sense that it was Sunday, because it was like church. It was like being nine and putting on that first pair of glasses all over again. It was like being 19 and stumbling off the overnight train into Paris or Rome. Such stunning poignance and grace, in the traditional dances so brilliantly re-imagined. I felt so grateful to be there. So grateful to have eyes and ears; to be discovering this very old, very rich cultural world that was so very new to me. At 59: imagine that. 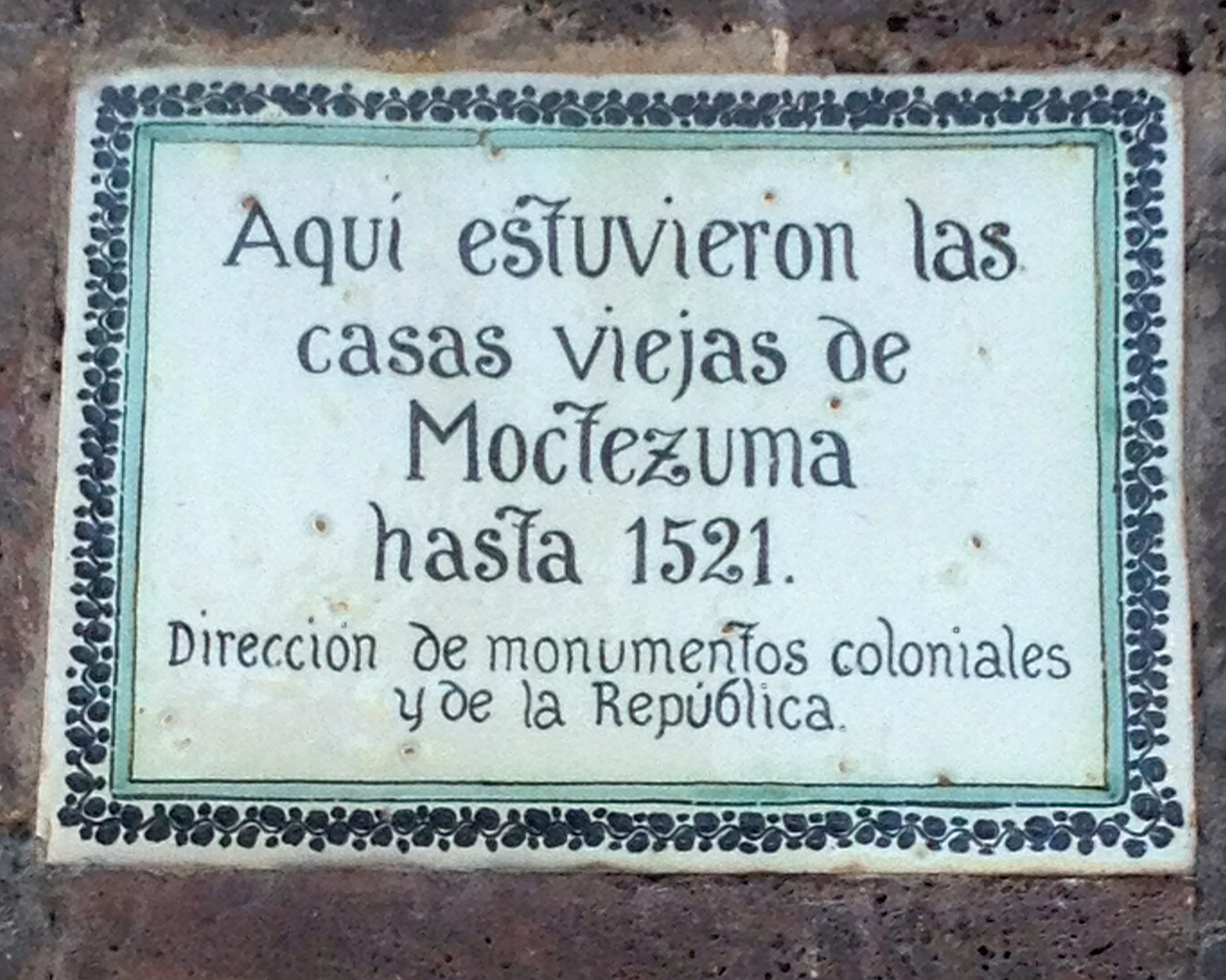