“Want to hear what our resident coyotes sound like?” read the headline in our south Seattle neighborhood’s Nextdoor Digest email.

You bet I do, I thought. Anything to distract me from the latest coronavirus news.

Do you know the sound? It’s not haunting in an old Western movie way; it’s more like something out of a horror film; like the screeches that slice along with the killer’s kitchen knife in Psycho.

I want to play it again right now, so I can do a better job of describing it, but actually I… don’t want to. What I’ve heard from neighbors is that we have exactly two resident coyotes in our local greenbelt. But the noise they make sounds like a screaming chorus of two dozen starving dogs, ready to hunt now.

And here’s what I didn’t think about when I pressed play and the coyotes started howling from my computer speakers: our cat was in the room. The second he heard that noise, he leaped straight up from a sound sleep into his maximum-alert posture, which he maintained for several minutes as he scanned the neighborhood from our upstairs window, his eyes darting like an air traffic controller’s.

I tried to soothe him, but he would have none of it. Did I not understand that his life was at stake?!

Finally, satisfied that the danger was past, he curled up and went right back to sleep.

He knows how to use his fear, I thought. Danger at hand? Be maximum-alert. Get an immediate grip on what you need to do to stay safe. But once you’re safe, one of the most important things you need to do—as any smart cat knows—is to stay strong, so you can be ready to fend off the next danger. And one of the things that keeps you strong is, of course, rest. Secure what you’re able to secure, and then get some rest.

Maybe there’s something there for us to emulate, during this time when worry feels like a full-time job. Be alert. But also rest.

There’s a line from an old hymn that’s been stuck in my head for much of this surreal month: “Grant us wisdom, grant us courage, for the facing of this hour.” It’s from “God of Grace and God of Glory,” which I just looked up, and so I now know that it was written by the famous liberal preacher, Harry Emerson Fosdick, for the 1930 dedication of Riverside Church in New York. I’d always thought it must have been a wartime hymn, with a bring-our-boys-home-victorious kind of message, but no. Not at all.

Riverside Church, which looms like a Gothic cathedral over upper Manhattan, opened its doors a year into the Depression. It had taken four years to build. Must’ve been scary, opening a big church at a time like that. Even if you had a patron by the name of Rockefeller and a pastor who already had a following among New Yorkers who felt estranged from the thundering fundamentalists of their day.

I’ve digressed pretty far from the cat and the coyotes, haven’t I?

But Harry Fosdick was on to something, in his bombastic but beautiful hymn. Grant us wisdom. Grant us courage. For the facing of this hour. The hour his congregation faced was the Depression. It was 1930, and no one knew how long hard times would last. They only knew they would need wisdom and courage to take their gnawing fear and put it to use.

One recent morning, I thought: why do we have four extra bottles of Purell? We don’t need them. There’s a food bank just over the hill. I’m taking them there. Such a small thing. But it was a small way to use my fear, instead of just worry.

In my family, we’ve had some specific things to worry about this month. Our 27-year-old son was sick for several days with what was very likely Covid19, though he’s too young to get tested. He had the fever, the chills, the shortness of breath, the nausea, the aches, the fatigue, the loss of his sense of smell, and the two-wave pattern: thought he was better for a few days, then got worse. Meanwhile, my stepmom needed immediate lung cancer surgery in the midst of all this; the procedure was postponed twice because the results of her coronavirus test were not available in time. A week later, after her test finally came back negative, she was approved for surgery. But we were terrified she would be exposed.

Both of them are now recovering well. We are grateful. We know that we are lucky.

And I’m trying not to worry too much about the way our work is slowing down; we are lucky to at least have some.

Here in Seattle, as the longest March in world history finally, FINALLY ends, we are about a week into the strictest phase of our social isolating, which unofficially began about a month ago. Our beloved parks are closing, our playgrounds are closed, and many restaurants that tried to do the takeout thing have given up the ghost, some for good, including our own port in a storm for twenty years, The Columbia City Ale House. 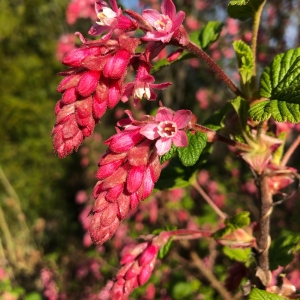 But we are also a week into spring. And Spring has not been canceled, or laid off, or postponed. It appears to be immune to the virus. And to fear.

May Spring get us through this April, which is not likely to feel any shorter than March. May it help us to face this hour, and the next one, and the next. 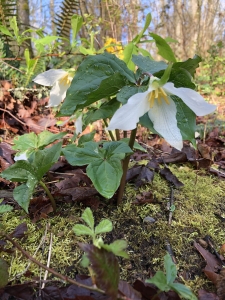