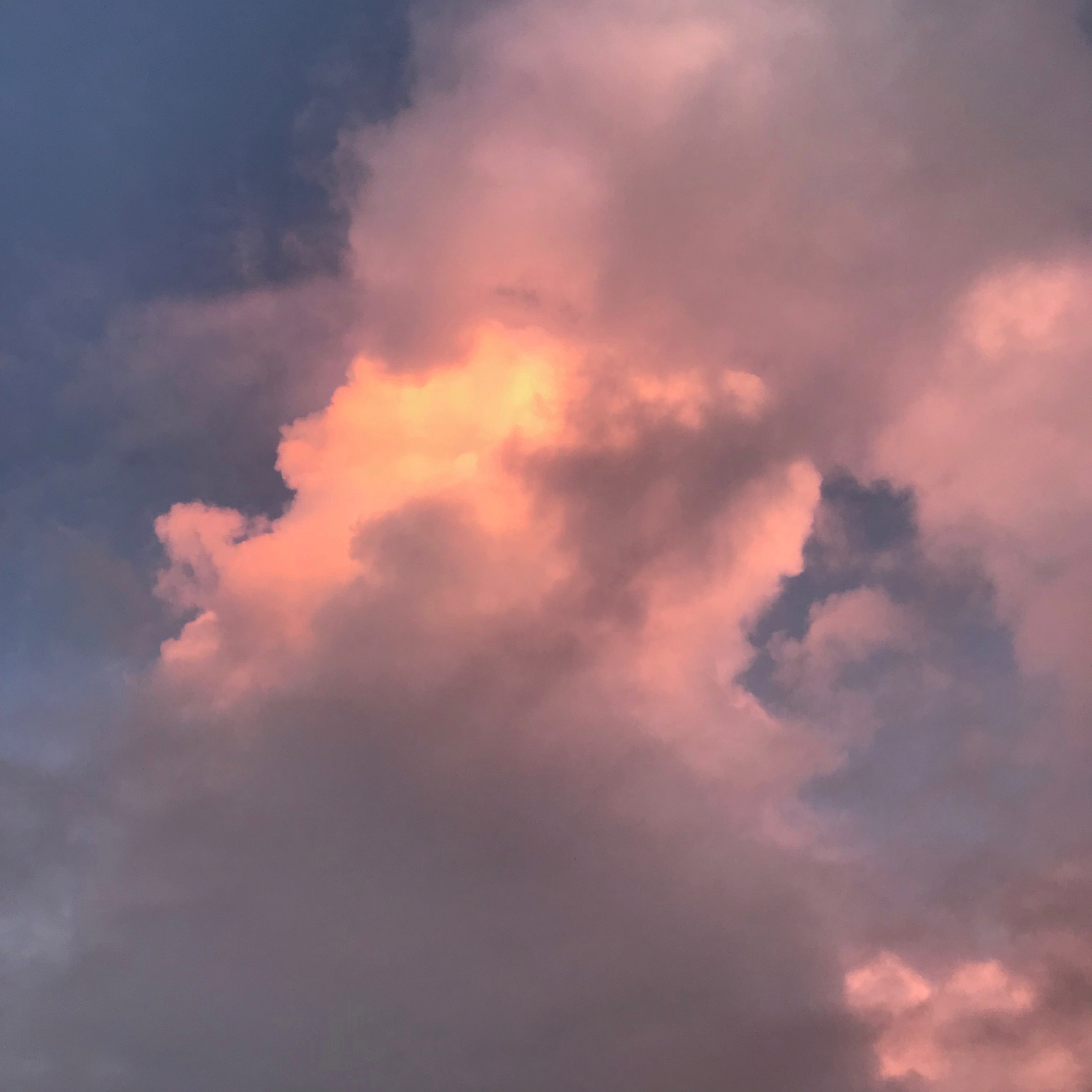 In the West, flying home means flying into the sunset. Even if you’re on a plane from Phoenix to Seattle, the sunset is there, flying with you, coaxing you, luring you home. Even if you’re on the wrong side of the plane, the clouds over the wing are splashed with peach and pink; the occasional mountain peak popping up below, bright in the reflected magic-hour light: that glowing hour when lamps are lit, when porch lights blink on, when home beckons.

As I flew home recently from Arizona, I thought about the power of home and how specific it is. Or isn’t. Say the word “home” and watch where your mind and memory go. Is home the house you grew up in? The house you live in now? Or is it not a house at all, but the place where you feel most yourself? 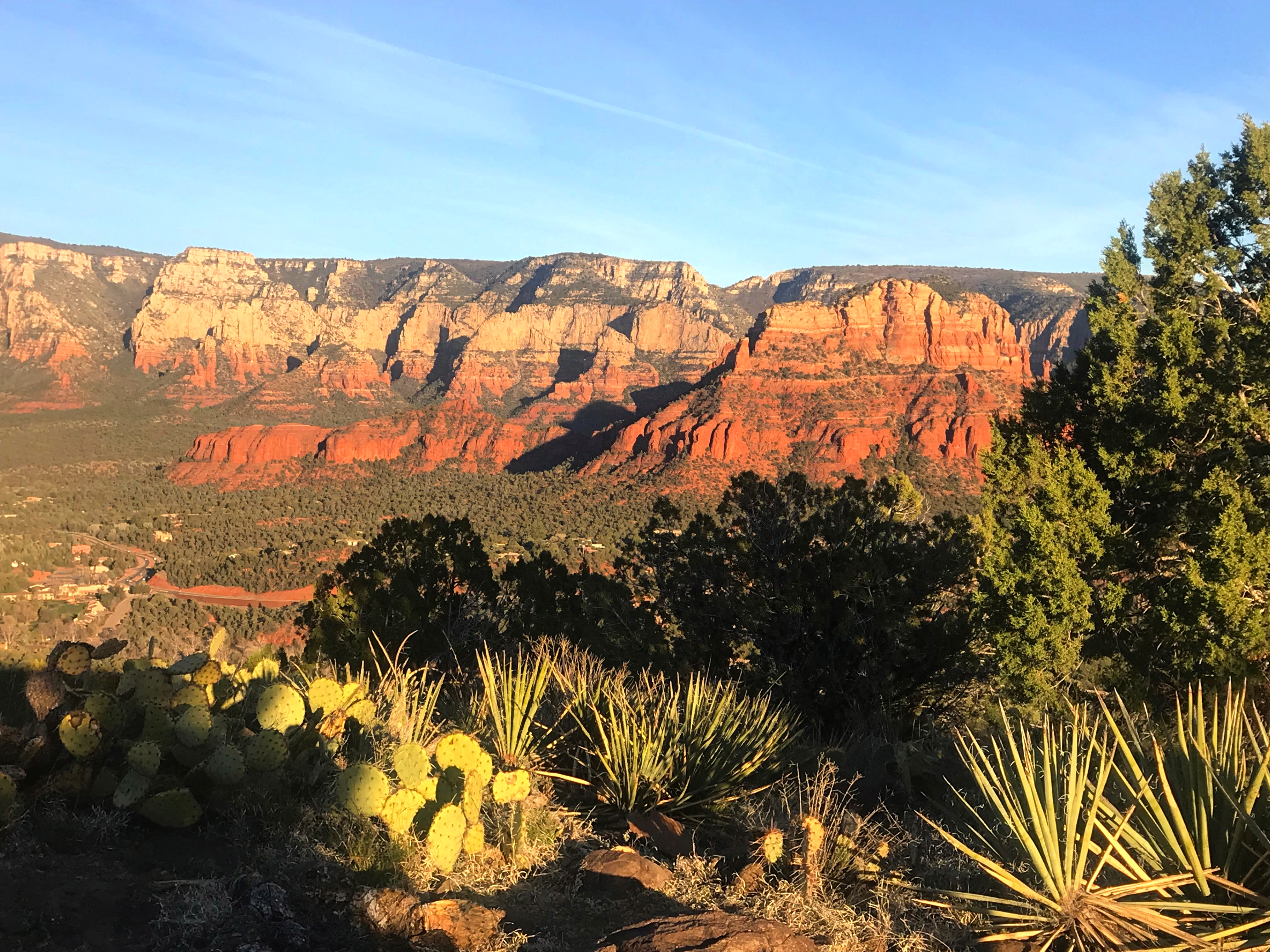 And why would I—born and raised in Seattle, flying back on a March evening to the family and neighborhood and city that I love—why would I also have felt so strongly at home in Sedona, Arizona?

Because it’s the West, I thought. Give me red rocks and prickly pear; give me old-growth forests and fiddlehead ferns: I always feel a sense of home in the West. Much as I still love to visit the cities that shaped me in my youth—Boston, New York, London, Chicago—flying into the sunset, I savor the exhale of knowing I’m home.

I am a memoir writer and teacher, so I read a lot of memoirs. So often, they are about that yearning for home: not necessarily the fondly remembered home of the writer’s childhood, but the sense of home the writer longs to feel now. So often, grief and loss have blocked the way, and the writer needs to write her way through, as Cheryl Strayed did in Wild. Her path to a newfound home was the Pacific Crest Trail.

In The Seven Storey Mountain, Thomas Merton traveled far and wide before he finally found his true home in a Trappist monastery in Kentucky.

In Belden Lane’s Backpacking with the Saints, home is a mountain trail, most often in the Ozarks, with the books of his beloved “saints”—from Columba of Iona to Dag Hammarskjöld to Thich Nhat Hanh—for company.

In Sigrid Rausing’s Mayhem, home is where her family is,

precious and fragile after a dozen turbulent years in the maelstrom of her brother and sister-in-law’s addiction.

In Dani Shapiro’s stunning, elegiac  Inheritance, home is where love is—her husband, her son—and where it was: the father she knew and the father she didn’t.

How do we take a memory—whether it’s as snapshot-sharp as the buttes and mesas of Sedona, or as elusive as clouds billowing around a plane—and ask it to lead us home?

“When Memory Becomes Memoir” is the name of a talk I gave at the Frye Art Museum’s recent conference on creative aging. Use your five senses, I urged. Help your readers not only see and hear but taste, smell and touch this memory you want so badly to share. And then see where those senses lead you. A new insight about your past, a moment of reflection, may catch you by surprise.

One of my own favorite examples is Ernest Hemingway’s opening essay in A Moveable Feast called “A Good Café on the Place St. Michel.” Writing more than thirty years later, Hemingway took such sensory pleasure in describing the café where he wrote in his twenties: the pencil shavings curling into his saucer, the Martinique rum, the girl who walked in, with “hair black as a crow’s wing and cut sharply and diagonally across her cheek;” all culminating in an uncharacteristic burst of emotion: “I’ve seen you, beauty, and you belong to me now, whoever you are waiting for and if I never see you again, I thought. You belong to me and all Paris belongs to me and I belong to this notebook and this pencil.”

For the rest of his life, all Paris belonged to Hemingway, even though he no longer lived there. Just as Michigan belonged to him, because he did so much of his growing up there. Just as Seattle and the West belong to me, and your beloved homes, whether by birth or adoption, belong to you.

And the great gift of memory is that you can engage the imaginative twins of the physical tools you deploy every day to observe the world around you—sight, hearing, touch, taste, smell—and use them to take yourself home. Whether you’re flying into the sunset, or somewhere else that is all yours.